The Red House, the iconic home of the Parliament of Trinidad and Tobago, is once again open to members of the public who wish to come in to view Sittings of the House of Representatives and the Senate, as well as public Committee meetings. 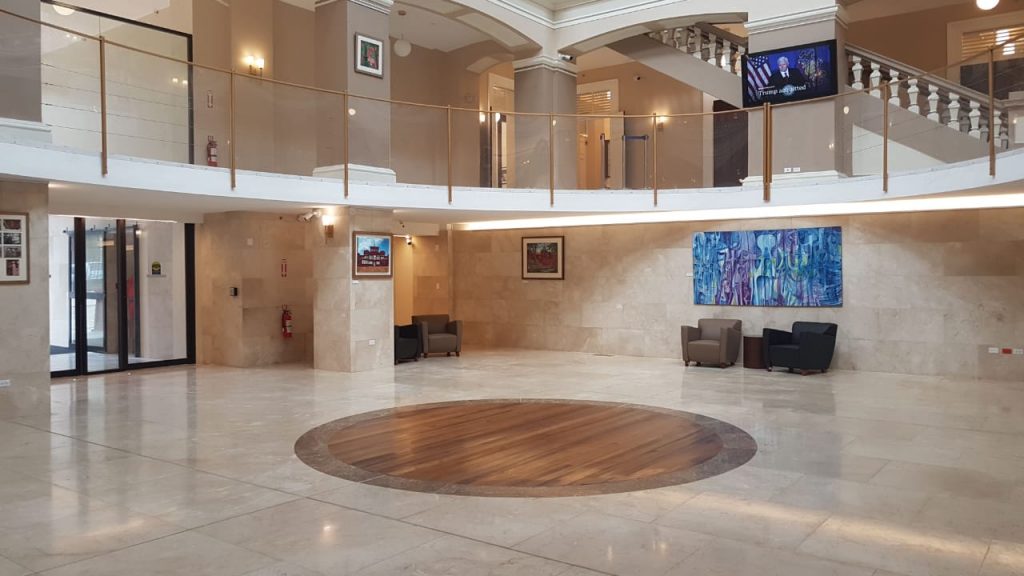 The Rotunda has traditionally been a space where persons traversed from Abercromby Street to St. Vincent Street and it will be fashioned into an Art Gallery where the works of up and coming as well as prominent artists of Trinidad and Tobago will be showcased, with our first exhibition of Carnival art works, while public tours of the House and Senate Chambers will begin soon.

While the Office of the Parliament is now open to facilitating those members of the public who wish to be married at the Red House, it must be emphasized that the Red House is primarily a place of business traversed by Members of the House of Representatives, the Senate and the staff of the Parliament, therefore marriage parties will be kept to a maximum of eight (8) persons (excluding the Marriage Officer) and should be held on Mondays, Thursdays, Saturdays and Sundays in collaboration with the Registrar General’s Office.

Further details on the public tours and art exhibitions will be given in due course, while the policy on the use of the Parliamentary precincts for marriage ceremonies is available on our website.