Trends in the domestic and global economy set the tone for activity in the real estate and property development sectors, eventually trickling down to the facilities management sector as demand here is driven by cycles in these two related sectors. The World Bank and the International Monetary Fund (IMF) differ in their analyses of the performance and outlook of the Trinidad and Tobago economy. In its April 19, 2019 update, the World Bank revised its estimates for real GDP growth for 2018 from -1% to + 0.7%, largely as a result of updated data for both non-energy and oil and gas production, with its forecast for GDP growth for 2019 moving from -0.5% to +0.9% (World Bank Press Release No: 2019/163/LAC). The IMF’s comparative figures for GDP growth for 2018 is 0.3% and projected growth for 2019 is 0% (IMF World Economic Outlook, April 2019, p. 161). Although the IMF figures are more conservative than the World Bank’s, they both suggest marginal improvement in GDP performance in 2018.

However, their outlook for 2019 differs as the World Bank projects growth of 1.4 percentage points while the IMF projects economic growth 50% lower (0.7 percentage points). Irrespective of which agency’s figures are adopted, the trickle-down effects on the real estate, property development, and facilities management sectors are inevitable.

In the public housing segment, acute shortage continues to be a major challenge both for the Government as well as the citizenry. One of Government’s initiative to address the public housing shortage is to stimulate the injection of private capital into housing construction, targeting the low- and middle-income market.

Two such public-private-partnership initiatives involve the construction of 5,000 apartment unitsover the next four years by China Gezhouba Group International Engineering Company Limited and 160 units by NH International over a three-year period.

The construction sector contracted, as evidenced by a decline in loans disbursed to businesses in the sector, by an average of 4.45% for the period April to September 2018, with activity in the sector estimated to have declined by 6.4% in Q3 of 2018 (Central Bank Economic Bulletin, Volume XX1 No. 1 January 2019This impacted the local sales of cement and building materials which saw a corresponding contraction in consumption. Employment in the sector is expected to decline. The major construction projects currently in the pipeline expected to be completed in 2019 – 2020 are the Curepe Interchange project and new malls at Trincity and Chaguanas.

In the commercial office space segment, the slowdown in business activities which began in 2016 has led to an oversupply due to curtailed demand. This has led to stabilising of the office rental market with the base rental rate in the range of TT$12.00 – TT$16.00 per square foot per month. The outlook for this segment for the short to medium term is for vacancy and rental rates to remain at current levels.

Overall, the outlook for the real estate, property development and facilities management sector is that no significant increase in activity is expected in the short to medium term, as the projection for GDP growth, though positive, is still marginal.

Construction of 5,000 apartment units over the next four years 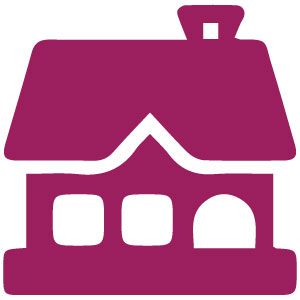 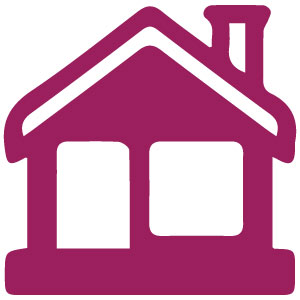 Construction of 160 units by NH International over a three-year period. 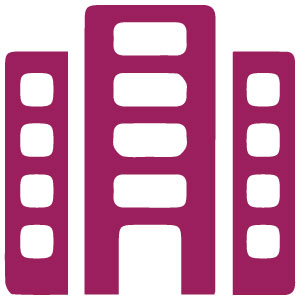 Construction of 120 three-bedroom and 40 two-bedroom units at Mt. Hope 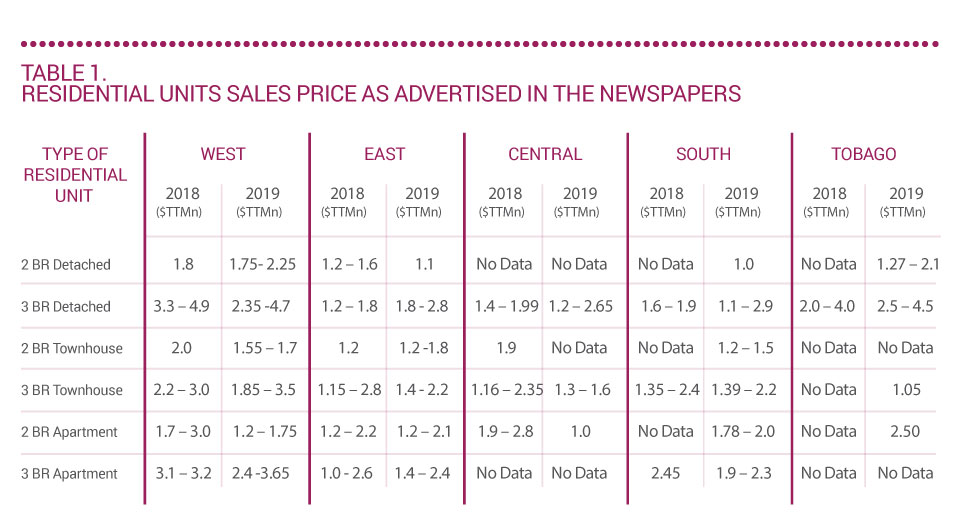 View Companies Related to Real Estate, Property Development, and Facilities Management - Who's Who
×